"Zulkifeli has more than 44 years of experience in military and defence services and had held various key positions in the Malaysian Armed Forces," Annuar said in a statement Monday (Aug 1).

Annuar said he was confident that with Zulkifeli’s vast experience and expertise in several portfolios, the appointment was timely and in line with the country’s direction towards digitisation to compete in the digital economy and attain competitive advantage.

"May this appointment take CyberSecurity Malaysia to higher level of excellence," he said.

Annuar said in recognising Zulkifeli’s significant contribution in the field of security, he was appointed National Security Council (MKN)’s first director-general from August 2016 to June 2018. 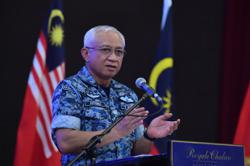