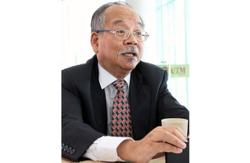 PETALING JAYA: A huge piece of space junk – apparently from the Chinese Long March rocket has crashed down to Earth – with its fiery re-entry spotted by many over Sarawak skies.

The 22.5 tonne core stage of the Long March 5B rocket re-entered Earth's atmosphere over the Indian Ocean at approximately 12.45am on Sunday (July 31), according to US space agency NASA.

"#USSPACECOM can confirm the People’s Republic of China (PRC) Long March 5B (CZ-5B) re-entered over the Indian Ocean at approx 10:45 am MDT on 7/30. We refer you to the #PRC for further details on the reentry’s technical aspects such as potential debris dispersal+ impact location," tweeted the US Space Command on Sunday.

The dramatic event was spotted by many people in Sarawak, with videos being uploaded to social media from users from Sibu, Bintulu, Kuching and more. Many did not realise what they were witnessing, with some even labelling it a "meteorite".

"Meteor spotted in kuching! #jalanbako 31/7/2022," said Nazri Sulaiman (@nazriacai) on Twitter, although he later corrected himself to say that it was the remains of the Long March rocket.

Hanif also stated later that it was the Long March rocket and said that an "explosion" was heard over Kuching.

"There is a long streak of clouds ... the people of Kuching have reported hearing the explosion an hour ago," he tweeted.

According to astrophysicist and satellite tracker Jonathan McDowell from the Harvard-Smithsonian Center for Astrophysics: "The video from Kuching implies it was high in the atmosphere at that time — any debris would land hundreds of km further along track, near Sibu, Bintulu or even Brunei.

"It's 'unlikely but not impossible' that one or more chunks hit a population centre," he said in a series of tweets.

The Malaysian Space Agency (Mysa) had previously said that the debris from the rocket was unlikely to land in Malaysia.

"Due to the strong atmospheric drag to the orbit, the debris is expected to enter the Earth's atmosphere a few days after the launch.

"Basically, the location of the re-entry of the debris can't be predicted accurately until a few hours prior to re-entry and in many cases, there will be a vast difference in the forecast due to the change in the physical characteristics of the object during re-entry, including location and speed," it said in a statement on Friday (July 29) adding that most of the debris would be burnt during re-entry into the Earth's atmosphere, with only smaller fragments landing on Earth.

"As such, the public need not be concerned about the dangers as 70% of it was water and Malaysia was a small entity compared to Earth's mass area.

"Furthermore, the exact location of the re-entry currently can't be ascertained and Mysa will update on any development from time to time, " it added.

The Long March 5B blasted off July 24 to deliver a laboratory module to the new Chinese space station under construction in orbit, marking the third flight of China's most powerful rocket since its maiden launch in 2020.

The Science, Technology and Innovation Ministry said Mysa, as informed by the Chinese Space Agency, stated that the re-entry of the Chinese Long March 5B rocket debris into Earth's atmosphere was detected at 12.55am.

"The rocket's debris burned up when entering the Earth's atmosphere and the movement of the debris could be detected in several areas, with some crossing Sarawak's airspace.

"The burning debris fell into the Sulu Sea in the area between latitude 9.1° North and longitude 119.0° East," said the ministry in a statement on Sunday.

China's 'space dream': A Long March to the Moon and beyond 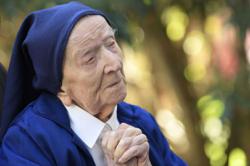