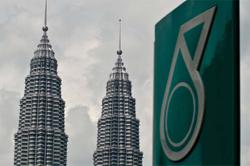 KOTA KINABALU: Sabah can position itself as a key player offering lucrative business investment opportunities in the East Asean region with the relocation of Indonesia’s capital from Jakarta to East Kalimantan.

Chief Minister Datuk Seri Hajiji Noor (pic) said there was much that could be done, discussed and collaborated on the relocation, particularly in the Brunei Darussalam–Indonesia–Malaysia–Philippines East Asean Growth Area (BIMP-EAGA).

“With more people and businesses anticipated to move into Borneo, this will strengthen Sabah’s position and spur economic activities.

“Investors, domestic and foreign, will have access to this subregion with a market of over 70 million people and growing,” he said in his special remarks during the Asean-Business Advisory Council Malaysia (Asean-BAC Malaysia) consultation meeting with the Sabah government and agencies conducted via Zoom on Thursday (July 28).

Hajiji added that the success in securing a significant RM4.4bil worth of foreign investments as of June last year, the third biggest in the country after Kedah and Selangor, should attract more investors to the state.

“We are confident Sabah is and will be an attractive destination for investment. We are strategically located in the heart of the BIMP-EAGA.

“Through this sub-regional cooperation, Sabah has been on the forefront of promoting closer economic collaboration and has pledged to do our part to ensure the success of the revival plans, among them the BIMP-EAGA Economic Corridors development.

“Sabah is open for business. We welcome serious investors to come to Sabah to explore what we have to offer and to establish win-win partnerships,” added Hajiji.

Meanwhile, Hajiji said things were looking up for Sabah, adding he was confident the state’s economy was on the right path.

Under the implementation of the SMJ Development Plan, he said, Sabah recorded RM5.449bil in revenue in 2021, the highest on record.

He added that with focus and correct management, the state was confident of greater revenue this year.

“The high level of federal government support is evident in the 12th Malaysia Plan, committing to enhance Sabah's development as one of the nine main focuses to spur recovery.

“What is most significant, I must add is that with Federal Government's support and in a short span we saw the successful signing of the Commercial Collaboration Agreement (CCA) between the state government and PETRONAS to give Sabah greater say, participation and revenue sharing in oil and gas related matters.

“The Sabah Gas Masterplan launched in January of this year to pave the way for collaboration between Sabah and PETRONAS will guide investments in the state’s natural gas resources,” Hajiji said.