Cops: Don’t be a mule and accept cash for ATM cards

SYNDICATES are offering about RM1,000 to buy ATM cards and the associated bank accounts to be used to launder ill-gotten gains, Sin Chew Daily reported.

Quoting a Bukit Aman spokesman, the report said the syndicates would either buy the ATM card and account for between RM1,000 to RM1,300 or pay a monthly “rent” to the owner for the right to use them.

“Renting is cheaper than buying a card outright. The account owner would get a monthly ‘rental fee’ of between RM500 and RM800,” he said.

Bank accounts were so in demand that it led to the rise of middlemen who would source for cards for these syndicates and earn a commission of between RM200 and RM500 for each card.

Between 2019 and 2021, Bukit Aman had uncovered 109,289 mule accounts, which refer to bank accounts “rented” or sold to these syndicates.

A total of 26,269 individuals or “mules” were arrested during that period over allegations of illegal activities such as gambling.

Penang Bank Negara branch head Hasjun Hashim said the syndicates would also target students by offering them about RM200 to RM300 a day to use their accounts.

> Malaysian singer Michael Wong would be returning home for Chinese New Year after being stuck in Taiwan for the past two years due to Covid-19 restrictions, Sin Chew Daily reported.

The Ipoh-born singer said he had even bought the plane ticket, joking that he was terrified he would not be able to get any flight if he waited any longer. 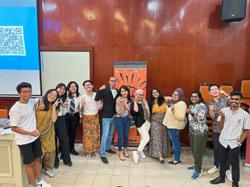