In a Facebook post, Apandi said the decision was made in May 2018, just two weeks before the case review was set to be heard at the ICJ in The Hague.

“At that time, the Cabinet did not exist and the withdrawal of the claim was made without consulting anyone or any Cabinet decision. This involves the sovereignty of the government, and the rakyat of Malaysia deserves an explanation,” wrote Apandi.

The question was one out of four posed by Apandi in his post - the latest saga in an ongoing feud between him and Dr Mahathir.

Apandi also asked Dr Mahathir to explain why Tommy Thomas - who was the AG during Dr Mahathir’s prime ministership - was ordered to write a letter to the Sulu Sultanate claimants in 2019.

“The letter, dated Sept 19, 2019, then became the basis of the Sulu heirs’ claim in Spain, which was enforced in France,” said Apandi.

Thomas’ letter allegedly expressed the willingness of the Malaysian government to pay the outstanding arrears of RM48,000 in cession payments since 2013 and this was used by the lawyers for the Sulu heirs as Malaysia's recognition of the claimants.

Another question posed by Apandi was on why the government had reached a settlement in his suit over his “unlawful sacking” in 2018.

“This is an acknowledgement that Dr Mahathir’s actions were arbitrary and are procedurally and legally wrong,” said Apandi.

In his fourth question to Dr Mahathir, Apandi asked “where else in this world is there a prime minister whose children are millionaires?”

Dr Mahathir and Apandi’s spats have been going on in the past few weeks, with both issuing statements questioning each other on issues related to Batu Puteh, the Sulu claim and 1Malaysia Development Bhd (1MDB).

Most recently, Dr Mahathir called for Apandi to be investigated for links with Jho Low - the fugitive businessman implicated in the 1MDB controversy. 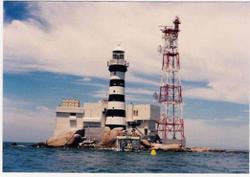