IPOH: The data in the MySejahtera app will continue to be secure, says Health Minister Khairy Jamaluddin.

“The app has never been hacked and since we are adding more features, we have done several things to secure it and will continue to do so in order to ensure its safety,” said Khairy.

“User data is being kept by the ministry, not others,” he added when speaking to reporters after launching the Health National Malaysia Agenda road tour at Meru Raya on Saturday (July 16).

Khairy added that the information can only be shared if the user gives their permission.

He had earlier tweeted about several new features on the app, including allowing users to check their health records.

With future updates, it would also be able to show blood donation records and act as a digital “pink book” which carries the mother and child’s health records.

Khairy had assured that no MySejahtera users' data were leaked after investigating complaints and reports of unsolicited one-time password (OTP) text messages and spam emails from the Covid-19 app's helpdesk. 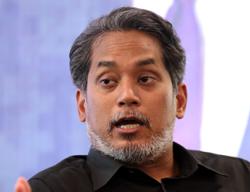