China to speed up consultation of COC on South China Sea 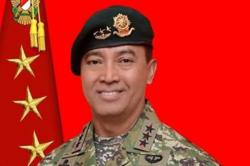 KUALA LUMPUR: China State Councillor and Foreign Affairs Minister Wang Yi says China will speed up the consultation on the Code of Conduct (COC) for the South China Sea and work together with all stakeholders in creating a sea of peace and cooperation.

During a bilateral meeting with his Malaysian counterpart Datuk Seri Saifuddin Abdullah, he said both sides agreed on maintaining peace and stability in the region through political consensus.

"We will advocate true multilateralism and advanced open regionalism. We will uphold Asean centrality and the Asean Regional Cooperation Framework.

"We will oppose confrontation and cold war mentality,” he said referring to the contentious sea in his joint press conference with Saifuddin after the meeting, here Tuesday (July 12).

The COC is intended to reduce the risk of conflict in the South China Sea in the disputed waterway where several Asean member states and China are involved in overlapping territorial claims.

Wang is on a two-day official visit to Malaysia starting Monday.

He said Malaysia was the last stop of his five-nation tour of Southeast Asia from July 3 to 14. The other four countries were Myanmar, Thailand, the Philippines and Indonesia.

Throughout the trip, Wang said he felt strongly the aspiration of countries in the region for peace and development, as well as the profound friendship between the people of China and Asean countries.

"And I feel deeply and strongly the urgent need and bright prospects for enhanced cooperation between China and Asean.

"The people of China and Asean countries have been interacting in this piece of land with one another for over millennia and no one can separate this. No one can stop us from marching towards development and multilateralism,” he said.

Wang said China stood ready to work with Malaysia and other Asean countries to deepen strategic mutual trust and enhance strategic coordination, and work together to uphold regional stability and promote common development.

Wang said he was here to revisit both countries’ regional aspiration, past progress and achievements as well as to work with the Malaysian side to set new goals for relationships, identify new priorities and bring both countries’ cooperation to new heights. - Bernama

China will do more to enhance bilateral ties and people to people contact, says Wang Yi 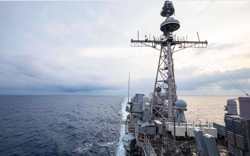