Search operation launched for another missing child in Sabah 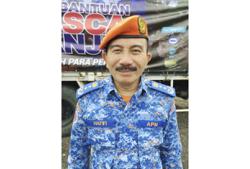 KOTA KINABALU: A search operation has been launched after another child went missing along a river in Sabah, the second in 48 hours.

A Fire and Rescue Services Department spokesman said the boy's family members made a distress call at 4.20pm on Sunday (July 10) after villagers tried searching for him.

Villagers believe the boy went to the river, the spokesman said, adding that a search operation was ongoing.

The search for the other missing child continues in the Beaufort district.

The girl, Jude Angel Jeremy, aged 18 months, is feared to have either fallen into a river or got lost in the jungle near her house at Kg Saliwangan Baru at Batu 66 in Beaufort district from 8.30am on Saturday (July 9).

The search operation was launched at 12.30pm with teams involving firemen, Civil Defence Force personnel and 70 villagers. A canine unit was also deployed.

The search covers the riverbank and bushy areas within a 2km radius of her home.

She was last seen wearing a white shirt and dark blue pants.

Earlier, the body of a three-year-old boy who drowned in a river was found.

The remains of Mohd Qyis Azhar Abdul Halim were found 500m from his house at Kampung Kuridak Gerama in Beaufort district at about 10.20am Sunday (July 10).