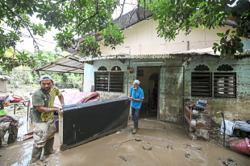 ALOR SETAR: The Kedah state government will bear the rental for victims who lost their homes in the Baling floods for six months.

So far, 15 houses have been rendered uninhabitable, including some which were swept away by strong currents in the disaster which hit the district on Monday.

“The government has decided to provide temporary accommodation for villagers who will be homeless for six months.

“We will rent houses for these families along with the items that they could salvage.

Speaking at a press conference after chairing the state executive council at the Baling District and Land Office here yesterday, he said the state would also help rebuild new houses for homeless residents but added that there were constraints in terms of land ownership issues.

Muhammad Sanusi said most of the houses that were swept away near the river were built on reserve land (along the riverbank) without ownership.

“If they own land at other sites, it will be easier. If they do not have land, we first have to find a placement, which means it will take a longer time. Hopefully, this (issue) can be resolved quickly,” he said, adding that there were 12 villages comprising 627 residents affected by the floods.

Apart from that, Muhammad Sanusi said so far, 14 houses were reported to be damaged and needed major repairs while the number of houses with minor damage was still being determined.

A total of 499 flood victims from 109 families have been rescued and evacuated to three relief centres (PPS) by firefighters through an operation which officially ended today.

“To ensure the victims can return to their homes immediately, I have instructed the Fire and Rescue Department together with PBS (the Volunteer Fire Brigade) to start cleaning up the affected roads and houses,” he said in a post on his official Facebook page.

Reezal Merican said he would ensure the post-flood operation carried out by agencies under his ministry would be done in an integrated manner with the cooperation of the Social Welfare Department and local authorities. — Bernama 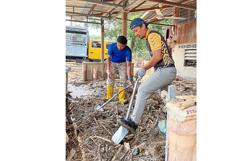 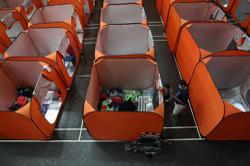