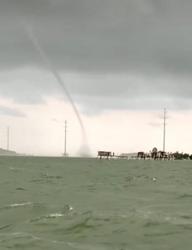 MELAKA: Social media was all abuzz yesterday over a waterspout forming at the “mystical island” of Pulau Besar here.

The formation, which was spotted around 2pm, occurred during a drizzle that had been going on since morning.

The full formation was seen heading towards the Melaka Strait, based on videos and pictures uploaded to social media that went viral.

No damage was reported.

An eyewitness, Razali Samah, 64, said the waterspout could be seen from the mainland.

“The formation lasted for a few minutes and many people saw it,” he added.

A waterspout is a column of rotating cloud-filled wind. It descends from a cumulus cloud to an ocean or a lake.

Waterspouts are similar to tornadoes but are smaller and less intense. 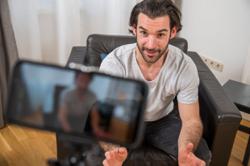