Master English or end up in 'four push two' banter KUCHING: What is the answer to "four push two"? And what does restroom mean?

Amid the uproar over the use of English, a couple of funny anecdotes shared by Sarawak Premier Tan Sri Abang Johari Tun Openg served to highlight the importance of mastering the language.

"There was a Bahasa Malaysia teacher who had to teach a Mathematics class one day when the Mathematics teacher was on sick leave.

"He asked the students, 'four push two, what is the answer?' Actually he was asking 'empat tolak dua'.

"He did not say subtract or minus but 'push' because he did not know how to say it in English," he said to loud laughs from the audience.

Abang Johari also told another joke about an exchange between a foreign tourist and a tour guide who was not fluent in English.

"The tourist was looking for a restroom. He asked the tour guide, ' Can you show me your restroom?'

"The tour guide showed him to a sofa. 'No, I want a restroom,' the foreigner said. The guide replied, 'You can rest here.'

"His English was so poor that the tourist had to literally indicate what he wanted. Only then did the guide understand that he was looking for a toilet."

Amid laughter from the delegates, he said this was why English was important.

"We must be proficient in both Bahasa Malaysia and English," he said.

Abang Johari has also defended Sarawak's right to use English along with Bahasa Malaysia for communication.

He said the State's decision to retain English as a second official language after Bahasa Malaysia did not go against national policy but was in line with the Federal Constitution.

The use of English has come under attack in recent days, with PAS president Tan Sri Abdul Hadi Awang labelling those who preferred English over Bahasa Malaysia as being trapped in a colonial mindset.

Last month, Dewan Bahasa dan Pustaka (DBP) board of governors chairman Datuk Seri Awang Sariyan proposed that those who do not respect the national language be fined up to RM50,000 or jailed through several legal amendments.

In May, Chief Secretary to the Government Tan Sri Zuki Ali called for the Public Service Department to consider punitive measures to enforce the use of Bahasa Malaysia in the civil service. 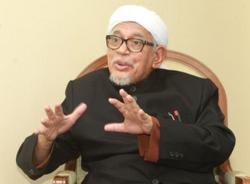