MMEA seizes RM1.7mil worth of drugs in Tawau 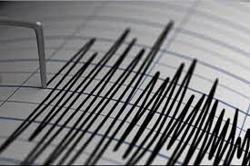 TAWAU: Afraid of being caught, a boat skipper was seen throwing something into the waters of Inderasabah here which was later found to be a bag containing 32kg of Syabu, estimated to be worth RM1.76mil.

Tawau MMEA director Maritime Captain Shahrizan Raman was quoted as saying by Bernama that in the 11.30pm incident yesterday, while on routine patrol the Malaysian Maritime team, despite limited visibility, detected the presence of a speedboat.

Their suspicion was aroused when the vessel sped off towards the mouth of Sungai Inderasabah as the MMEA patrol boat approached.

“During the chase by the patrol team, a man, believed to be the skipper of the boat who was with another person, was seen hurling a package into the sea before the boat disappeared in the mangrove swamp area,” Shahrizan said in a statement today.

“The MMEA patrol boat intercepted the suspicious boat before it sped off into shallow waters to make an escape.

“MMEA then went on to search the location, where the team spotted a black bag in the water.

“They retrieved the package from the water, which turned out to be a bag that contained 32 packets of a crystal substance with the ‘Guan Ying Wang’ herbal tea label, believed to be syabu,” he said.

Shahrizan added that each packet weighed about 1kg.

“We believe the drug was processed in Malaysia for the Indonesian market,” he said, adding that the drug seizure was the largest by the Tawau Maritime Zone.

Shahrizan believes the drug trafficking activity has an international mastermind, though it could also involve locals.

He advised those with information on criminal activities in the waters under the Tawau Maritime Zone to to call 08-9752116 or MERS999.