KOTA KINABALU: A gathering of almost 5,000 people at the Sabah Barisan Nasional convention last week was a strong message by the coalition that it was ready to retake Sabah, once its political bastion.

Although Barisan never directly said it will be contesting on its own, Sabah Universiti Teknologi Mara lecturer Tony Paridi Bagang noted that the convention could be seen as a show of strength.

It could also be viewed as the coalition’s preparedness to fly solo in the 15th General Election (GE15).

“The convention was a strong and clear message to Gabungan Rakyat Sabah (GRS) that Barisan is ready to go all out (on its own) in case the GRS-Barisan pact is unable to agree on political cooperation,” he said here on Tuesday (July 5).

With Barisan eyeing most of the Sabah parliamentary seats it won in GE14, there is bound to be disagreement over who should have the larger slice of the cake in terms of seat allocation.

Bagang said if negotiations go sideways, it would not be a surprise for Barisan, with Umno as its anchor party, to go it alone.

Barisan won 10 parliamentary seats in GE14, seven of them claimed by Umno.

Aside from Kinabatangan and Kimanis, the other five seats Umno won are now held by Parti Pribumi Malaysia Bersatu (Bersatu) after the elected representatives crossed over.

“However, it’s too early to conclude that both coalitions won’t work with each other in GE15,” Bagang said.

“(But) Barisan is a national coalition and an established political brand.

“Based on its experience and achievements as previous governments, Barisan is highly confident it can win over Sabahan hearts, making Sabah its 'fixed deposit' again,” he added.

The term "fixed deposit" was often used by Barisan leaders to describe the state as its political stronghold before GE14.

Sabah Barisan chief Datuk Seri Bung Moktar Radin had said in a press conference after the convention that the coalition had five options if talks on political cooperation with GRS did not work out, but stopped short of sharing details.

Political analyst Oh Ei Sun, however, said he would not be paying too much attention to the “election posturing” by Barisan.

With speculation that GE15 may be held at any time, he said various political coalitions and parties, including from the Opposition, are bound to put on “big shows and big words”, telling the masses they can make a sweep of most if not all of the seats.

Likening such statements to election campaign propaganda, he added: "At the end of the day, each coalition or party will win some seats.

“Ultimately, the rhetoric will be very different after the election as no single party can make a sweep of all the 25 seats in Sabah.

“So, depending on how the Federal Government set-up will be, some or all of them could join the ruling coalition,” Oh said. 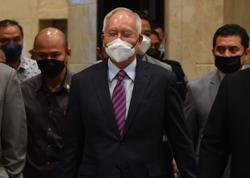