Speaking at a press conference after the signing of the land border treaty between Selangor and Negeri Sembilan here Monday (July 4), he said among the sectors were Pahang-Kelantan involving a 272.7km alignment, Perak-Selangor (217.5km) and Johor-Pahang (176.4km).

"Through the determination of clear boundaries, the state governments will be able to plan and implement development projects in border areas in a more orderly manner," he said, adding that the work of marking and measuring land boundaries is managed by the Survey and Mapping Department (Jupem).

With clear determination of boundaries, he said, enforcement activities by local authorities can be carried out effectively, especially in preventing land encroachment and illegal resource exploitation.

"Many things cannot done if (state) borders are not finalised, for example enforcement by local authorities and development planning," he said.

On the Selangor and Negri Sembilan border, Takiyuddin said it covered land and river border alignment, starting from the border meeting point between three states, Selangor, Negri Sembilan and Pahang and ending at the mouth of Sungai Sepang involving a length of 111.9km.

According to him, Jupem started the work of marking and measuring the Selangor-Negri Sembilan border on May 5, 2016 and completed the task on March 17, 2018.

It had been pre-signed by Negri state secretary Datuk Dr Razali Ab Malik but Negeri Mentri Besar Datuk Seri Aminuddin Harun, who was to sign it Monday, could not make it.

It is understood he was unable to do so due to health factors and will sign it at a later date.

Meanwhile, Amirudin said the demarcation and measurement of the border between the two states was based on the Selangor Government Gazette dated Nov 5, 1909 and the Boundary Agreement Between Selangor and Sungei Ujong signed on Feb 10, 1878.

"Both state governments are committed to ensuring that the signing of this land border treaty is finalised, apart from being a symbol of state sovereignty and a sign of harmonious relations between Selangor and Negri Sembilan to resolve any issues that may arise for the common good," he said. – Bernama 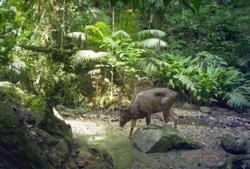 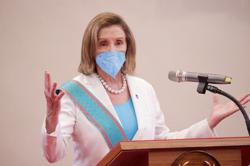