Devoted to the cause: Darshini has saved over 100 dogs and neutered 100 more to help control the growing population of stray animals.

JOHOR BARU: While many people ditched their pets during the Covid-19 pandemic when they were financially strapped, one animal lover here has done the opposite.

M. Darshini Naidu said when the global health crisis hit, she found that she had more time to herself as she worked from home.

This led to her noticing more dogs being abandoned.

“I wanted to do more for the animals, so I decided to take in abandoned dogs, especially those that were injured or sick around my housing area,” the 27-year-old administrator said in an interview. 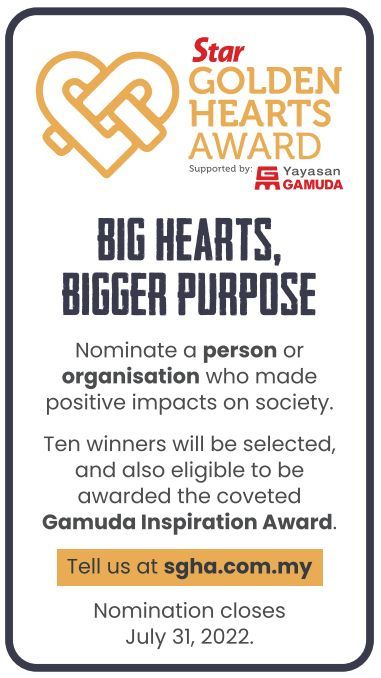 Darshini said she would send the dogs she rescued to a veterinarian before placing them in an empty house owned by her friend in Taman Pelangi.

Next, she opened a social media account to share her animal rescue experiences with the public and try to get them to adopt the mutts.

“I try my best to get the dogs adopted, but not all of them get a forever home.

“Puppies get adopted easily but dogs that are in dire condition – disabled or suffering from cancer – often do not get much interest,” said the animal lover.

Her solo voluntary work soon attracted well-wishers who donated to her cause, which enabled her to rescue more dogs.

Last December, Darshini started renting a house in Tebrau with a bigger compound for the dogs to roam around in.

“I will only take in up to 25 dogs at one time as I am managing them alone.

Each month, she forks out RM1,600 to rent the house and about RM1,400 for utilities and dog food.

Darshini, who lives in a different house with her parents, said she visits her canine friends every evening to feed, treat and spend time with them, as well as to clean the place.

“After I finish work at about 5.30pm, I will head for the shelter to attend to the dogs before returning home,” she said.

To date, Darshini has rescued over 100 dogs and neutered 100 more to help control the growing population of stray animals.

Those who know her will not be surprised by her kindness and dedication to the animals.

From a young age, she has always had a soft spot for animals, feeding and treating them as much as she can.

Darshini said she started giving food to stray animals from her own pocket since she was in secondary school and even sent some of them to the veterinarian.

“I developed the habit of feeding and rescuing animals since young with my parents’ encouragement,” she added.

“I love animals, especially dogs, because they are great companions and loving creatures.”

Darshini’s efforts have not gone unnoticed.

She now boasts 19,500 Instagram followers who keep track of her rescue work.