KUCHING: The Sarawak government has agreed to provide a site and allocation for the construction of a control post in Lawas, the Malaysian Army said.

Its First Infantry Division commander Mejar-Jen Datuk Dzulkafli Mustaffa said the site, located in the north of the state, was 1.3ha wide.

He, however, did not provide a timeline for the implementation of the control post.

“Currently, we are waiting for incoming funds. (The post) is located on the Sabah border but there is a need for it as Lawas is a gateway to foreigners.

Mejar-Jen Dzulkafli was speaking to reporters after the 56th anniversary parade of the First Division at Camp Penrissen here yesterday. 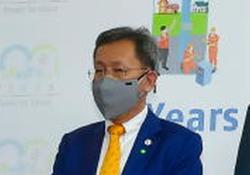