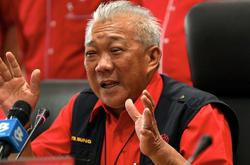 “I want to warn the PBS president, don’t play with fire. Friends respect one another. Umno and Barisan have never betrayed their friends,” said Bung Moktar at the Sabah Barisan convention held in Penampang yesterday.

Saying that both Umno and Barisan were strong and not defenceless, he cautioned Ongkili, who is also Minister in the Prime Minister’s Department in charge of Sabah and Sarawak affairs, that he could be on the losing end.

At PBS’ just-concluded congress, Ongkili had blamed “a Barisan party” for giving out identification cards to foreigners when it was in power.

Bung Moktar also reiterated that Sabah Barisan would decide on its direction with its coalition partner, Gabungan Rakyat Sabah (GRS), before the 15th General Election.

The state government is currently jointly administered by GRS and Barisan.

“We will make a decision on our direction before the general election.

“This is to ensure that Barisan will not be cheated again,” Bung Moktar, who is Sabah Barisan chairman, said in his speech.

He added that they did not wish for Barisan to “befriend” other parties, only to be treated with insincerity.

Speaking to over 5,000 Barisan delegates, he said Barisan would come out with a fresh plan and manifesto for Sabah for the coming general election and propose a new deal to replace the Malaysia Agreement 1963 (MA63).

He said many parties had been bringing up the issue for years but the problem was unsolved.

“For so long, the Federal Government has not approved the 40% revenue rights.

“If the Federal Government gives it, it will go bankrupt,” Bung Moktar said, adding that MA63 was used only for political mileage.

“My friends fought for MA63, even went to jail for it, yet we still get nothing,” he said.

Bung Moktar also called on the delegates to work to strengthen their base in their constituencies with voters including the youth. 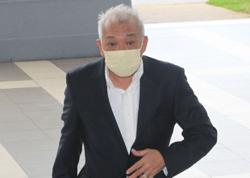