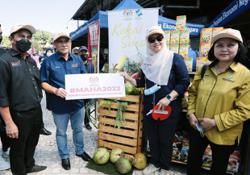 President of Persatuan Belia Harmoni Malaysia Huzayl Mohd Nor Sia said more than 50% of our food is currently imported which puts Malaysians at risk if there are interruptions in the supply chain.

“If imports are cut off, that means that our survivability falls down to 40%,” he said.

Huzayl was one of the speakers at the #Turun Speaker’s Corner organised at the Pasar Seni LRT station in Kuala Lumpur that saw more than 100 attendees.

Led by a coalition of student bodies, nine students took the mic to air their grievances over the alleged lack of concrete actions by the government due to the rising cost of living.

“Our assembly on Saturday (July 2) is not only centered around students, but we are speaking on behalf of all Malaysians and we want to create more awareness to Malaysians about the current economic issues.

“We did it in an open space so that more people will be able to listen to our demands and take this issue more seriously,” he said.

Going forward, Huzayl said that they are in the midst of discussion with International Islamic University Malaysia (IIUM), Universiti Malaya and Universiti Kebangsaan Malaysia, among others, to conduct a series of talks to increase students’ literacy on the current economic issues.

Currently, he said that they have conducted waves of social media to spread awareness, including on the rise in foodstuff price.

“We will not hesitate to conduct a second or third wave if we don’t see any changes,” he said.

Another speaker, Muhammad Aliff Naif Mohd Fizam, President of the IIUM Student Union urges more student groups, civil society groups and political parties to join their cause to be the voice of the rakyat.

On Wednesday (June 29), several student bodies led by Muhammad Aliff gathered to call on the government to continue existing subsidies, control the price of goods on campus, provide food security solutions, as well as cut the wages of both ministers and deputy ministers to help the people.

They have also warned that they will take it to the streets if their demands were not met.

“We are not only talking about our five demands, but also the rise in the cost of living,” he said.

Reiterating comments that demonstrations and assemblies are not the solution to solve issues, he said that protests will send a message to the government that they are willing to take it to the streets if demands are not fulfilled.

“Even the establishment of UiTM itself from ITM, was achieved through a protest.

“But of course it’s not the only way, we will also send a memorandum to the government on our cause,” he said. 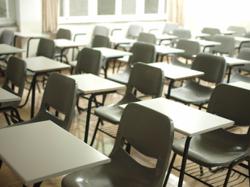 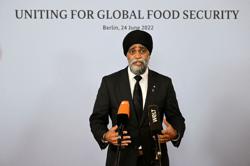