One killed, driver injured after lorry collides with tanker in Lahad Datu 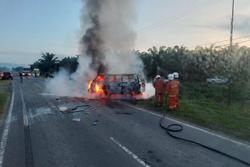 KOTA KINABALU: A 19-year-old assistant driver was killed after the three-tonne lorry he was travelling in collided head-on with a tanker lorry in Sabah’s east coast Lahad Datu district early Friday (July 1).

Muhamad Raziq Ikhwan died on the spot while his friend who was driving the lorry suffered serious injuries in the 5am incident at Jalan Segama.

He added the 42-year-old tanker lorry driver escaped without being hurt.

He said the department was alerted of the incident at 5.21am, adding a rescue team that included the Emergency Medical Rescue Services (EMRS) unit was immediately dispatched to the area.

"On arriving at the scene, the team quickly treated the injured victim before he was sent to the hospital in an ambulance," he said, when contacted Friday.

"The assistant driver was however declared dead by paramedics present at the location," Misran added.

The victim’s body has been sent for a postmortem.

Misran said the rescue team ended their operation at 7.49am. 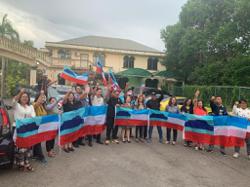