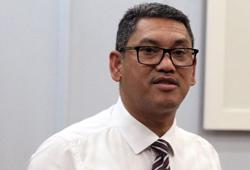 PORT DICKSON: Datuk Seri Anwar Ibrahim (pic) says he did not get to become the prime minister despite having the support of at least 118 MPs because of his decision not to entertain calls to discontinue certain court cases involving prominent personalities once he gets the job.

The Port Dickson MP, who had in Sept 2020 claimed to have the numbers to become PM claimed he was then told that court cases, including those involving former Prime Minister Datuk Seri Najib Razak had to be discontinued if he wanted support to become premier but he was not prepared to do so.

"When I said I had convincing support and had the numbers then, many people made fun of it.

"But I could not say more than that as several of the SDs were sent straight to the King and I didn't want to drag the name of the Palace into this," he said when met after presenting awards to students who excelled in the SPM examination and laptops to needy ones.

Elaborating, Anwar said although he had the support of 120 MPs then, Pakatan Harapan's stand has always been to never work with Najib and Umno president Datuk Seri Ahmad Zahid Hamidi.

"Without the two, I still had the support of 118 MPs to become PM.

"However, I was then told that if I were to become PM, court cases, including Najib's, had to be discontinued.

"I was told that I had to use my power as PM to ensure this," he said.

Anwar said he was not prepared to do so and would never get involved in matters under the judiciary.

"When I made this clear, Najib proposed another candidate and I was denied the position at the very last minute," he said.

Anwar said the people need to know that Pakatan would neither compromise on the independence of the judiciary nor the sanctity of the Federal Constitution.

He said his critics continued to slander Pakatan and him by claiming that they were prepared to work with kleptocrats and the Umno court cluster so that he could become PM.

"Let me make it clear that Pakatan will never work with Najib.

"In fact, the SDs signed by the Umno MPs including Najib and Zahid were sent directly to the palace and were not given to me so why say I am prepared to work with kleptocrats or those involved in corruption?" he asked.

Asked why he didn't reveal this earlier, Anwar said he did not wish to drag the Palace into the matter.

Anwar says he felt vindicated that his claim of having the numbers in Parliament to become Prime Minister has now been confirmed following a revelation by Pasir Salak MP Datuk Tajuddin Abdul Rahman that several Umno MPs had signed statutory declarations in his support. 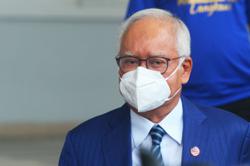