The state’s premier said the projects would not be postponed as Sarawak had enough revenue to proceed with them.

“I do not know about federal- funded projects, but the state-funded projects will go on,” he told reporters after launching the International Day of Forests state-level celebration here yesterday.

Abang Johari was asked to comment on reports that the Federal Government may consider putting mega projects on hold in light of the projected RM77.3bil being dispensed in subsidies this year.

On Monday, Minister in the Prime Minister’s Department (Economy) Datuk Seri Mustapa Mohamed said the government had not made a final decision yet on whether to postpone mega projects to save costs.However, he said the government needed to look into cost- saving measures to ensure its financial position remained strong.

Separately, Abang Johari said he was allocating RM5mil to the state’s Forest Department to develop an orchid garden to conduct research on the potential of local species for commercial cultivation.

He said Borneo orchids were unique and could potentially be produced for export.

“Perhaps we can cross-breed our orchid species to become hybrid orchids with attractive colours, but this has to be done through research,” he added.

Abang Johari said a suitable site for the garden would be identified near the Semenggoh Nature Reserve.

He said it would serve as a research complex for the Forest Department, as well as the Sarawak Biodiversity Centre.

“Through the research we can calculate the economic viability of orchids, so that our farmers can consider growing orchids too,” he added. 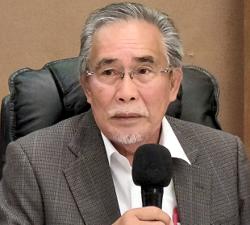