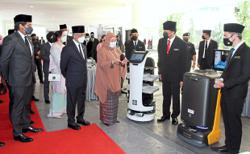 PUTRAJAYA: The Special Committee to Combat Double Burden of Malnutrition Among Children in Malaysia approved the 2022-2030 National Strategic Plan to Address the Problem of Stunting in Children in its first meeting, says Khairy Jamaluddin.

The Health Minister said the national strategic plan would be presented to the Cabinet and the Finance Ministry so that the plan to combat malnutrition in children would be raised as a national agenda in the 2023 Budget.

“Our target is to ensure the problem of stunting among children can be reduced to at least 8% by 2030,” he said after officiating the #AnakMalaysiaSihat Media Programme yesterday.

According to Khairy, the special committee would also focus on examining the economic and social aspects linked to stunting including access to adequate food, milk prices and other protein sources, seen as a burden to parents.

“We ask parents to buy nutritious food but prices of these goods keep fluctuating, so the committee must also focus on socio-economic determinants as well,” he said.

He said the trend of nutritional deficiencies among children, especially those from low-income families, is expected to increase due to the protracted Covid-19 pandemic and its economic impact.

He said stunting which is the inability of children to reach their ideal height is the result of chronic malnutrition where children do not have food of adequate quality and quantity over a long period of time.

Citing a study by the United Nations Children’s Fund, he said nearly half of the deaths among children under the age of five worldwide are linked to malnutrition, and stunting contributes to a million child deaths annually. — Bernama 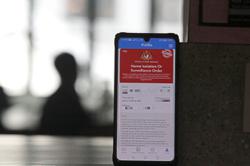