Cops: Still no report on attempted kidnap of actress' daughter PETALING JAYA: The police have yet to receive a report on an alleged kidnap attempt on the daughter of local actress Lufya Omar.

When contacted, Petaling Jaya OCPD Asst Comm Mohamad Fakhrudin Abdul Hamid confirmed that no police report had been lodged by the victim's family.

“We urge the victim to come forward to make a police report so that we can investigate the matter,” he said.

The actress, via her official Instagram account on Tuesday (June 28), revealed that she had suffered injuries after an unidentified man tried to kidnap her daughter on Sunday (June 26) afternoon at a playground in Kota Damansara here.

She said she was hit in the face and body during the attempt. 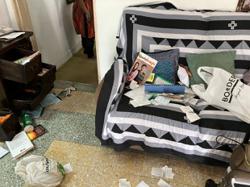