GEORGE TOWN: A committee of external experts has been appointed by Universiti Sains Malaysia (USM) to review the examination process for its medical sciences degree following allegations of favouritism and bullying.

USM vice-chancellor Prof Datuk Dr Faisal Rafiq Mahamd Adikan said it had set up a special committee comprising external experts to review the outcome of its examination system and processes, specifically for higher education degrees in the medical sciences.

“The committee will scrutinise the level of integrity practised in the process and examination system currently conducted for every candidate and will comprise experts and professionals in the field from various institutions,” he said in a statement yesterday.

Dr Faisal said this was in order to uphold the integrity and safeguard the good name of the university.

The setting up of the committee comes after a report in which a postgraduate medical student alleged that there was favouritism, bullying and discrimination by some lecturers and professors at the university.

According to the report in an online news portal, the student claimed that examination questions were leaked to “favoured” students while others were often given low grades.

Dr Faisal said this committee was set up as a result of the complaint by the master’s candidate in the medical programme, who claimed that the unfairness in the evaluation system led to him or her failing the examination.

“The university has conducted an internal inquiry into this matter and found that the examination system has been conducted in a thorough manner and is regulated by strict procedures,” he said, adding that the committee would provide a report of its findings to the university soon. 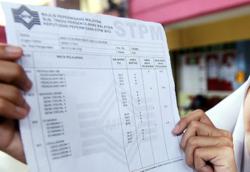 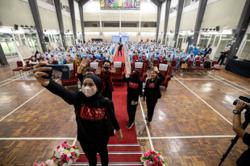