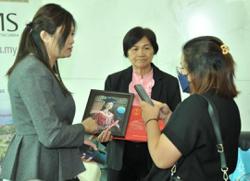 Proud mama: Cheng (centre) talking about her late daughter Ng (pictured in a graduation photo) after the UMS convocation in Kota Kinabalu.

KOTA KINABALU: A mother wept when the name of her daughter, who died last year of a heart disease at the aged of 35, was called out at the Universiti Malaysia Sabah (UMS) convocation for her posthumous doctorate.

Wiping her tears, Cheng Lak Mooi, 65, went up to the stage to receive the scroll from the Sabah Yang di-Pertua Negri on behalf of her late daughter Ng Yi Ming during the ceremony yesterday.

“I am very happy to be able to fulfil the wishes of my late daughter to accept the scroll on her behalf,” Cheng said.

“She was a very diligent and tenacious person. We are very proud of her as she managed to do well academically despite suffering from a heart condition,” Cheng said.

She said her daughter had made a presentation for the doctorate on Jan 21 last year and was given three months to make adjustments to the thesis. But she passed away a month later on Feb 21 after battling a heart condition for over 20 years.

Cheng said Ng went through a valve replacement surgery in September 2014 as treatment for her heart condition.

“After undergoing the high-risk, major surgery, she often suffered from heart palpitations,” she said.

Ng was among 77 recipients who received their PhD at the convocation ceremony over the weekend. 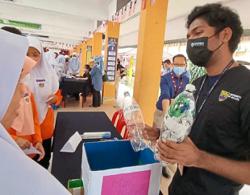 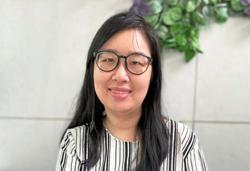