GEORGE TOWN: Imagine having cows, goats, snakes and monitor lizards as your neighbours.

This is exactly the plight of K. Meenambal, 65, who lives next to a dilapidated mansion in Ayer Itam.

“We have seen huge monitor lizards and vipers near the river many times. They would move in and then disappear into the dilapidated mansion.

“There used to be people here and the house was very well kept. But it has been empty for the last 15 years and we do not know why.

“We heard that the previous owner sold the place. A caretaker used to be there, maintaining the compound, but there is no one there anymore,” she added.

Meenambal said she was always careful when allowing her grandchildren to play in the compound, which is also a breeding ground for mosquitoes.

According to a post on the “Penang Hidden Gems” Facebook page, the mansion – known to locals as “the house with goats and cows” – used to be the residence of a founding member of the Penang Malay Association.

In Bukit Gelugor, there is a house which is completely shrouded in undergrowth, with tree roots sprouting everywhere.

“This house has been empty for the last 10 years. Several people stayed here before, but it has remained unoccupied for a long time.

“We do not know who the owners are, but the thick undergrowth is a matter of concern. The compound is infested with all types of insects and we have seen snakes too,” said a neighbour, William Ch’ng.

The 71-year-old said he reported the matter to the Penang Island City Council (MBPP) several times.

“There was a gotong-royong organised about five years ago by residents to clean up the place. But nothing has been done since,” he added.

Elsewhere, a half-completed renovation, which was later abandoned, is the site of a bungalow along the “rich man’s row” in Bukit Jambul, where there are several such unoccupied units in the vicinity.

Developer KS Tan, who handles small projects in the area, said the owners of these high-end bungalows would usually start renovations but the projects would be abandoned after a few months.

“Plants and trees will start growing on the land. But leaving renovations incomplete is baffling,” he said. 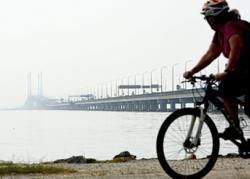 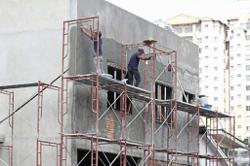