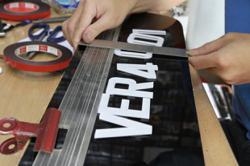 On Sunday (June 26), the government agency uploaded a poster on its official Facebook page, calling for bidding on the latest car plate series for Selangor, which was “BRA”. A user in the comment section said: “I am here for the funny comments.” Another netizen suggested “BRA91”, which read “Berapi” in Malay or “fiery”.

Meanwhile, other comments related the letters with women’s undergarments, "brassiere" or "bra".

It prompted a user to suggest the agency skip the letters, which could lead to different derogatory meanings. “Won’t JPJ skip car registration numbers that have a double meaning?” the user wrote.

The post has received over 800 comments and 1,500 reactions and has been shared over 400 times since it was first published. The bidding will start on Wednesday (June 29), and the results will be announced on July 4. The public can visit https://jpjebid.jpj.gov.my to start bidding on their favourite car registration number combinations.