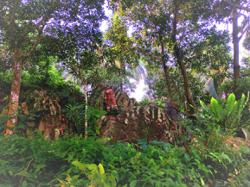 SIBU: Two crew members of a sand-carrying vessel are missing while two others are safe after their vessel sank in Bungan Kecil, Batang Igan early Sunday (Jan 26).

The state Fire and Rescue Department, in its daily update, said its Sungai Merah station had, at about 4.20am, received a call from a member of the public concerning a vessel that had sunk in Batang Igan.

"There were four crew members aboard at the time of the incident. Two of them, both local aged 40 and 50 years old, respectively, managed to save themselves while the other two, both 20-years-old, were reported missing," the department said.

It added that one of the missing crew members was local while the other was Indonesian.

A search and rescue operation has been launched to search for the two.