The decision was initially slated for Sunday (June 26) but during the court proceedings, Sessions Court Judge Kamarudin Kamsun said he wanted to go through several more arguments first.

“There are still several arguments that have yet to be heard and I need to go through them first before I can make a decision.

“Therefore there will not be a decision today,” he said in the court here on Sunday (June 26).

Following that, lawyers representing Abd Latif, 56; his son Ahmad Fauzan Hatim, 30; and Amir Shariffuddin Abd Raub, 49; as well as the deputy public prosecutors gave their respective statements regarding the case for about two hours.

Kamarudin then set Aug 7 for the decision of the case.

Abd Latif, who was former state housing and local government committee chairman, and the other two other men were first charged with 33 counts of corruption and four counts of money laundering on June 14, 2017, following a land scandal that broke out in Johor about three months prior.

Kamarudin acquitted them on April 21, 2019, after the prosecution failed to prove a prima facie case.

However on Nov 7, 2021, the Johor Baru High Court ordered the three accused to enter their defence on the 37 counts of corruption and money laundering charges after finding the Sessions Court had erred in its decision to free and acquit them.

The three were charged under Section 28(1)(C) of the MACC Act 2009, and Section 32(8)(c) and Section 89 of the Anti-Money Laundering, Anti-Terrorism Financing and Proceeds of Unlawful Activities Act 2001. 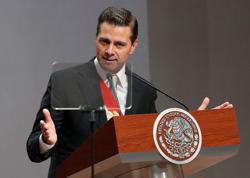