PUTRAJAYA: The decision not to let the price of chicken float in the market was made based on consultation with the people, says Datuk Seri Ismail Sabri Yaakob.

The Prime Minister said there was no U-turn made on the issue as the government would continue to prioritise the interest of the Malaysian Family.

“After listening to the people’s views, we decided to accept their input.

“It is not an issue of a U-turn or anything, that is not important,” he told reporters at Putrajaya’s Recreation Day 2022 here yesterday.

He was asked to respond to comments by Opposition lawmakers that the government was not consistent in its policies when it decided to make a U-turn only three days after announcing that the ceiling price for chicken would be removed. The current ceiling price for standard chicken, which is set at RM8.90 per kg in Peninsular Malaysia, was initially slated to be removed on July 1.

On June 24, the government announced that the price for chicken would not be floated and a new ceiling price would be announced soon.

“The most important thing is that the decision will benefit the people,” Ismail Sabri added.

Asked about the price of chicken eggs, he said the Agriculture and Food Industries Minister would make an announcement on this soon.

Earlier, Ismail Sabri went for a walkabout at the festival, and took time to visit several booths including one featuring a cat competition.

He also expressed his happiness that people of various races and backgrounds had come out to attend the event, which was in line with the spirit of the Malaysian Family. 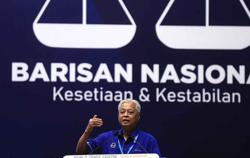