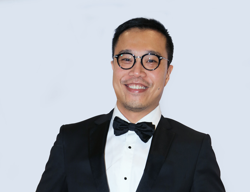 PASIR GUDANG: An accident involving a lorry has caused the road heading towards Tanjung Langsat here to be temporarily blocked.

Seri Alam OCPD Supt Mohd Sohaimi Ishak said that the accident happened at about 9.10am on Sunday (June 26) at Jalan Pekeliling Pasir Gudang.

"The lorry driver was on his way to Johor Port to send goods.

"The incident was believed to have occurred when the 31-year-old driver lost control of the wheels, causing the vehicle to skid to the side of the road.

"This later caused the lorry to block the road heading towards Tanjung Langsat," he said in a statement here on Sunday.

Supt Sohaimi said that the driver did not suffer any injuries and the case is being investigated under Rule 10 of the Road Traffic Rules 1959.

He also urged the public to drive carefully and to always obey traffic laws and road regulations, especially during rush hour or when travelling to and from work.