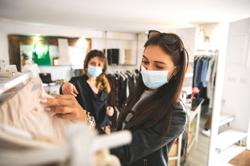 Deputy Transport Minister Datuk Henry Sum Agong (second from right) speaking to some of the women seafarers at the launch of the celebration in Kerteh Saturday (June 25). Photo: Bernama

KERTEH: Although women represent only 3.2% of the total local seafarer workforce of 28,414, this is still considered a positive development, said Datuk Henry Sum Agong.

The Deputy Transport Minister said to date, there are 909 local female seafarers serving in the maritime industry and many among them hold important positions such as sea captain, chief mate and chief engineer.

"These women are no less less impressive than their male counterparts working onboard ships and sailing to different countries," he told reporters after officiating at the 2022 National Seafarers' Day Celebration here Saturday (June 25).

Henry said the government has taken various measures, including setting up the Women in Maritime Association Malaysia (MyWIM) to encourage women to venture into the maritime and marine sector.

He said the establishment of MyWIM under the Marine Department in 2017 was, among others, to create awareness and give exposure to women on seafaring as a career and share success stories and experiences of female seafarers to the outside community. - Bernama