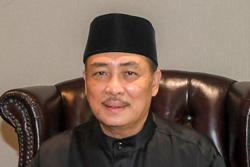 KOTA KINABALU: There will be a Sabah Maju Jaya (SMJ) halatuju 2.0 if Gabungan Rakyat Sabah (GRS) continues to get the mandate to run the state in the next election.

"The SMJ halatuju outlined is until 2025.

"So if we are given the mandate (in coming elections), we will do halatuju 2.0 as we need at least 10 years to ensure successful implementation of SMJ," he said during the dinner with Sabah Bersatu Armada on Friday night (June 24).

Hajiji said he was aware that the execution of programmes under SMJ lies on the civil service, which he has instructed to take the policies seriously.

"We should be proud that even during the Covid-19 pandemic, we still managed to launch several high-impact projects costing billions of ringgit," he added but did not elaborate on the projects.

He also said it was because of GRS' clear vision and struggles, that four political parties were keen to join the coalition.

Reiterating that the coalition partners are still discussing on these applications, Hajiji said GRS is a bloc that is not proud (tidak sombong) and treats component parties equally.

"We will also continue to work closely with our partner in Barisan Nasional.

"We must learn from past experiences and fighting (between ourselves) will only bring loss to us.

"I have said to Sabah Umno and BN that we must discuss properly (on coming elections) for the best interest of Sabah in the long run. It is not about fighting over seat distribution," he stressed.

Hajiji said that despite what is happening on the national front, the political allies in Sabah should discuss matters among themselves.

"Maybe it is different there (West Malaysia) but let us not copy in Sabah.

"Let us handle it the Sabah way," he said further.

Meanwhile speaking to the Armada members who attended, he reminded them that they are the future of the party and they must do their best and be grassroot-level leaders. 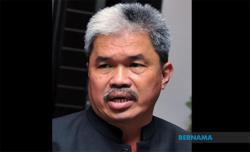