ACTRESS Wafariena has denied being engaged as what has been claimed by some people in social media, Kosmo! reported.

The 27-year-old insisted that she is still single and has no plan to seek a partner now.

“The video clip which shows me getting engaged is not from my official social media account. It’s a scene from one of my dramas. When did I get engaged? I don’t even have a candidate (as a life partner),” she told the paper.

Wafariena, who is known for her character Nurul Ain in the 7 Hari Mencintaiku 2 drama, assured fans that she would inform them when she’s ready to settle down.

She was responding to the clip, which has been making its rounds on social media, of a man putting a ring on her finger on a dais.

While many people said the clip was taken from one of her dramas, others thought that she was actually engaged.

> Utusan Malaysia reported that about 1,000 tahfiz (Quran recital) schools in the country are not registered.

The report said that it is important that such educational schools are officially registered so that the welfare of students and teachers are protected.

It added that being registered would prevent some groups from exploiting the public for funds in the name of religion.

Department of Islamic Development (Jakim) director-general Datuk Hakimah Mohd Yusoff said tahfiz schools which are officially registered will be given attention through meetings between Jakim and the state religious authorities, where the welfare of students is protected and improved.

> Harian Metro reported the “sadness” of a university graduate who couldn’t attend her convocation ceremony as her wedding also fell on the same day.

However, her sadness turned to happiness when her husband and her parents gave her a surprise during the wedding.

Muhammad Fawzy brought her convocation robes and put them on her while her parents brought her scroll and a bouquet of flowers to the stage.

Siti Aishah, who graduated from UiTM Shah Alam with a degree in Biomolecule Science, said she didn’t expect the surprise “convocation ceremony”. 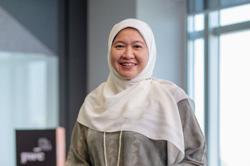 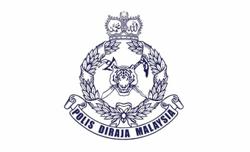