Nazri says floods can be turned into 'voluntourism' attractions, gets slammed on social media 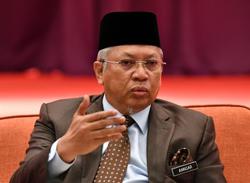 PETALING JAYA: There is a potential for the annual floods in the country to become a “tourism attraction”, says Datuk Seri Nazri Aziz.

Instead of crying over the situation going beyond control, the former tourism, arts and culture minister said that the country should seek opportunities by promoting "voluntourism", or volunteer tourism.

“If you know it is coming, then start planning now.

“Maybe we can have voluntary tourism where people come to the country to help us with the floods, and it is not about them coming here just to enjoy but for them to also learn,” he was quoted as saying by Sinar Harian’s English portal Sinar Daily.

The Padang Rengas MP added that the opportunity could be a silver lining while the country was facing economic challenges by attracting foreign tourists to join volunteer programmes during natural disasters.

“When our currency falls, it’s time for us to promote tourism for the country because it is cheap for them.

“The Singaporeans will come because they spend only one-third of their salary and to them, our five or six star hotels are just so cheap,” Nazri added.

Citing the yearly floods in Kuala Krai, Kelantan, Nazri said “The flood is like a festival. Every monsoon, we have a flood festival, and people will come.

"Because now there is voluntourism, where foreigners come to do volunteer work and they pay (to buy tickets and so on),” he added.

However, the internet users slammed the idea saying that there was nothing attractive about life-threatening floods.

Some Twitter users added that instead of turning it into an attraction, the government should work on preventing the natural disaster.

Between Dec 17 and 19 last year, around 18,858 people were evacuated from their homes to 64 temporary relief centres (PPS) after floods hit the Klang district, following continuous rain.

The authorities estimated infrastructure damage in the state to be at RM200mil due to the floods. 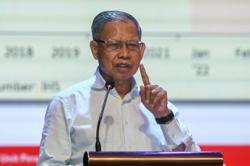