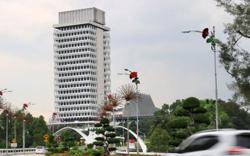 PETALING JAYA: The death sentences imposed on 1,359 convicts should be commuted by the Pardons Board based on a case-to-case basis, says the Malaysian Bar.

"The Malaysian Bar calls upon the Government to work with Pardons Boards to ensure that the more than 1,359 convicted persons currently on death row are also spared from the death penalty.

"We advocate that all death sentences should be commuted to sentences of imprisonment, proportionate to the gravity of offences committed, and take into consideration the mitigating factors and distinctive circumstances that surround each case.

"Only then will the punishment meted out be both just and effective," its president Karen Cheah said in a statement on Friday. (June 10).

Cheah said that the Malaysian Bar is steadfast in its view that life is sacred and every person has an inherent right to life as enshrined in Article 5(1) of the Federal Constitution.

"The right to life is a fundamental right that must be absolute, inalienable and universal, irrespective of the crime committed by the accused person.

"As we progress in our democratic development in our country, we must shift away from killing people in the name of 'justice'," she added.

Cheah said that the Malaysian Bar is ready to assist the government to draft both short- and long-term reforms to achieve the goal of a total abolition of the death penalty in Malaysia.

Cheah's response comes in the wake of the decision by the government to look into abolishing the mandatory death sentence by giving judges discretionary power during sentencing. 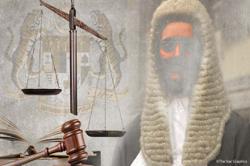