INTERACTIVE: Why is chicken so expensive? Here’s what you need to know. 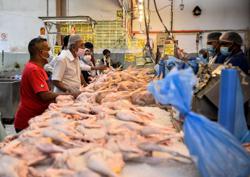 In a bind: A worker putting chickens into a cage for transport to market at a poultry farm in Sepang, Selangor. Breeders are also urging the government to expedite subsidy payments. — Reuters

PETALING JAYA: The price of chicken – Malaysia’s favourite meat – has risen to what many consider alarming levels, affecting consumers and traders alike.

Standard chicken is being sold in many places at well above the ceiling price, in cases ranging from RM9.80 to RM10.50 per kg and at times up to RM17.90 per kg.

The ceiling price for standard chicken, which has been fixed at RM8.90 per kg since Feb 5, has been extended by the Cabinet to the end of the month.

Reports of a chicken supply shortage was also raised during the Hari Raya Aidilfitri festive season, with officials citing high demand and a poultry disease as among the reasons.

The poultry industry has also been warned against manipulating prices by reducing supply, but prices have shot up nonetheless.

Here are some reasons for the current supply shortage and rising price of poultry as well as what needs to be done to address the issue:

These have also led to many poultry farms shutting down, he said.

Most chicken feed available in the country is imported, with feed making up 70% of the overall costs apart from logistics, labour, utilities and medicines.

He said supply chain problems compounded by China’s economic slowdown and the Russia-Ukraine war have also affected the price of raw materials.

“The world has turned inflationary. There are no other cheap alternatives.

“If wage inflation kicks in, it will be even worse. We see minimum wage as inflationary fuel to an overworked supply chain problem,” he said.

UOB Malaysia senior economist Julia Goh said the rise in chicken prices is due to a combination of higher costs and demand, especially with the reopening of the economy and the recent festive season.

“While price control measures are intended to keep essential food items affordable, we are seeing that it affects supplies amid the sharp rise in global food prices,” she said.

Centre for Market Education CEO Dr Carmelo Ferlito said both demand and supply dropped during lockdowns imposed by the government.

“At the demand side, this means people were not getting out to eat in restaurants, and hotels were without visitors.

“From the supply side, this means, more radically, there were plants shutting down, firing workers and reducing stock of raw materials,” he said.

With the reopening of the economy, Ferlito said the demand had moved faster than the supply, with consumers starting to go out to eat and hotels receiving guests.

“But meanwhile for the supply side, to step up again requires time as they would need to invest again in workers, plants and raw materials.

“It is an adjustment that cannot happen overnight. This tension between demand and supply generates price increases,” he said.

He said prices need to remain temporarily high to "signal" to the supply side that profit opportunities are waiting to be exploited.

“With the supply side ‘responding’ to these signals to meet demand, prices can cool down again.

“Instead, the government put price ceilings below market prices, therefore frustrating that expectation and telling the supply side against stepping up,” he said, adding that this had led to the eventual shortage of chicken and prolonged the duration of price tensions.

What are measures taken by the government and what more can be done?

Four short-term measures are being taken by the government to resolve the issue of chicken supply and prices, including stopping chicken exports from June 1.

The requirement of an approved permit (AP) to import whole standard chicken and chicken parts has also been lifted.

UOB’s Goh said the export ban on chicken will only be a temporary measure and that it will not be able to resolve the medium-term supply issues.

She suggested that by promoting sustainable food production and farming that is less labour and resource intensive, some of the food security issues can be addressed.

Sunway University’s Yeah said the export ban and chicken imports may have unintended negative consequences such as causing losses to poultry producers that have long term contracts with foreign buyers and shrinking domestic production capacity as players exit the industry.

“If margins continue to erode due to below-market control prices amid rising production costs, the country’s self-sufficiency and export capacity will be negatively impacted.

“It is important that control prices be adjusted to reflect rising production costs so that the viability of poultry farming is not out of line with market realities, while ensuring that industry players do not collude and raise prices indiscriminately” he said.

Yeah suggested subsidies be targeted and made temporary to enable producers to cope with cost shocks.

“In the long-term, poultry farmers should be encouraged to raise efficiency and productivity through technology upgrading and increasing economies of scale in production to cater to both domestic and export markets.”

He said the industry should also address its dependence on imports of chicken feed and accelerate measures to encourage import substitution as part of the country's domestic direct investment strategy.

Centre for Market Education’s Ferlito suggested that the market for chicken should not be regulated so that price tensions can be resolved more quickly.

“Only chicken imports can help, because it can potentially increase supply, but with price ceilings, where is the incentive to import?” he said.

“We have a lot of unutilised land and the production cycle for poultry takes a few weeks, which is a much shorter period compared with rearing cows, for example,” he said, adding that the government should ease on the bureaucracy and licensing for the setting up of poultry farms.

He added that the government should also bring back foreign workers to address the shortage of workers. 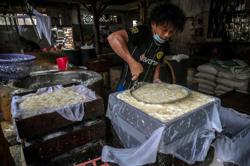 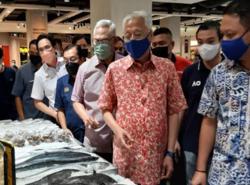