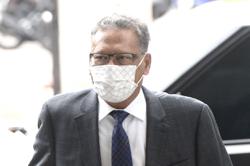 His lawyer M. Visvanathan, when contacted on Monday (May 30), said the notice of appeal was filed on May 24.

He said the notice was also duly served on Lim's solicitors.

On May 23, the High Court in Kuala Lumpur dismissed Mohamad Apandi's suit against Lim.

Mohamad Apandi sued Lim for allegedly defaming him in an article on the 1Malaysia Development Bhd (1MDB) scandal.

In his suit filed on July 5, 2019, Mohamad Apandi claimed that on May 6, 2019, Lim had written and caused to be published the article titled "Dangerous fallacy to think Malaysia’s on the road to integrity” in Malaysiakini.

Apandi, who was the AG from July 27, 2015 to June 4, 2018, contended that the libellous words were untrue and written with the intention of tarnishing his image and credibility as a former Malaysian AG for cheap publicity.

He sought aggravated and exemplary damages, as well as RM10mil in general damages, an injunction to prevent Lim and/or his agents from publishing the alleged defamatory words again and other relief deemed fit by the court.

High Court Judge Datuk Azimah Omar, in her decision to dismiss the suit, ruled that Lim succeeded in justifying his qualified privileges when making those statements, as the 1MDB scandal involves criminality, illegalities, social and economic repercussions to the nation's economy as well as the morality of the nation's top leaders and agencies.

She also ordered Mohamad Apandi to pay RM80,000 in costs to Lim. - Bernama 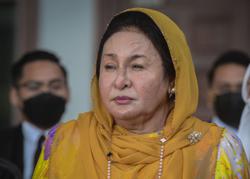