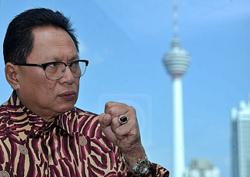 Zuraida said that the global political arena was heavily dominated by men, including in Malaysia.

She said men and women approach politics differently, with studies showing that men at the helm are inclined to exert aggression and exclusion.

“On the other hand, the fairer sex is known to be more emphatic and consultative, without necessarily being weak or ineffective.

“In fact, in many instances, women have displayed leadership attributes and effectiveness that surpass that of men.

“At the risk of stereotyping gender traits, I am not saying that women leaders are superior to men or vice versa,” she said in a statement on Sunday (May 29).

She said this after receiving queries on her project for mothers with the launch of a new website called Mothering as an effort to honour all mothers in the country.

Zuraida said that more people are now feeling a sense of detachment from politics, and these people often fall prey to “demagogues who manipulate the masses’ anger”.

“From Washington DC to Paris to Kuala Kubu Baru, the public is feeling more and more detached from the political process and their so-called 'leaders'.

“Many do not get the kind of empathy from political leaders, the way a toddler typically gets his or her mother’s full attention after bruising a knee from a fall,” she said.

Zuraida added that she has provided more opportunities for women to be active in politics with her position as the founding president of the Council of Malaysian Women Political Leaders.

“In the Plantation Industries and Commodities Ministry, women make up 34 percent of board members and other positions in the various agencies under its purview,” she said.

She said her ministry recognises the roles played by women and wants to ensure that women are given fair representation.

“Women have great potential and are very dedicated and often go beyond their expectations to ensure excellence in their work,” she said. 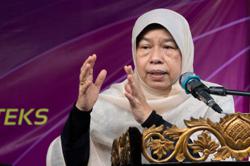