Delegates call for conservation of at least 30% lands, oceans in Sabah environmental meet KOTA KINABALU: The delegates to the Second Asia Parks Congress here have called for the conservation of at least 30% of lands and oceans across Asia during the conclusion of the event on Sunday (May 29).

This was incorporated in the Kota Kinabalu Declaration which included the outcomes of meetings from six-working groups during the environmental gathering.

“Recognising that the Asia region holds the world's richest marine biodiversity, we call for increased ambition to conserve our oceans, on which millions of people depend for their livelihoods and food security,” the delegates said in the Declaration read by Sabah Attorney General Datuk Nor Asiah Mohd Yusof.

Jointly organised by the International Union for Conservation of Nature (IUCN) and Malaysia’s Sabah Parks, the event which started on Wednesday (May 25), saw the participation of 1,252 delegates from 49 countries, physically and virtually.

Theme “Parks for Nature and People”, the delegates also called for greater inclusion among the diverse custodians and managers of nature in the region.

“In particular, we call for strengthening the resilience of protected and conserved areas to help cope with the increasing frequency and intensity of climate-induced disasters, and to enhance the quality of life in Asia's burgeoning urban environments,” they added.

Among the topics deliberated in the six working groups were “urban conservation and a new generation” where they recognised the rapid expansion of urbanisation in Asia but also the need for people's interaction with nature for their mental and physical well-being.

“This is especially during times of stress such as the ongoing global (Covid-19) pandemic.

“We therefore call for conserving and restoring nature in cities, to strengthen their ecological, social and climate resilience, and to help prevent, manage and recover from human-induced and natural disasters.

“Also to engage all stakeholders, especially young people in nature-related activities within and beyond cities through regular outreach, innovative experiences and the use of science and technology,” the declaration stated.

A special forum to deliberate the particular role of Indigenous Peoples and Local Communities (IPLC), as customary owners and custodians of areas of remaining high biodiversity value, calls for avoiding the establishment of new protected areas without the involvement of this group.

“We agree to send a strong message to COP 15 of the Convention on Biological Diversity for the post-2020 Global Biodiversity Framework regarding the recommendations and commitments captured at this Congress, and to COP 27 of the UN Framework Convention on Climate Change.

“We agree to convey the key messages from this Congress to the forthcoming First Africa Protected Areas Congress, the 7th Asean Heritage Parks Conference, the 5th International Marine Protected Area Congress, and to the next IUCN World Parks Congress,” it added. 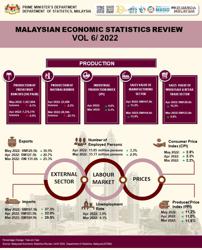