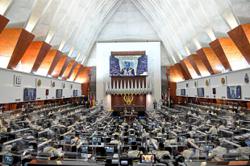 PUTRAJAYA: Members of Parliament (MPs) who are expelled from their political party will not be affected by the proposed anti-party hopping law, says Datuk Seri Dr Wan Junaidi Tuanku Jaafar.

The Minister in the Prime Minister's Department (Parliament and Law) said this is among the contents of the anti-party hopping Bill that is expected to be tabled in the coming Parliamentary meeting in July.

He said the proposed anti-party hopping law provisions would only apply to MPs who quit their party and decided to become independent or switch allegiance to another party.

"In that event, the individual will cease to become an MP, triggering a by-election in the constituency," he told a press conference here on Thursday (May 26).

The de facto law minister said the by-election must be held within 60 days after the Speaker of the Dewan Rakyat receives notification of a seat vacancy.

He said the MP would also be allowed to contest in the by-election and seek to be re-elected.

"If the constituents feel the MP who party-hopped deserves to be their representative, they have the right to re-elect them.

"The spirit of the law is that the people have the mandate to choose who represents them as an MP," said Wan Junaidi.

He added that the provisions of the Bill had received the endorsement of the bipartisan Parliamentary Special Select Committee (PSSC).

For those expelled from a party, Wan Junaidi said they would not lose their seats and may continue to be MPs.

He explained that the PSSC felt that if an MP was sacked from a party, it would be unfair to categorise it as party-hopping.

On calls to include a recall law in the anti-party hopping legislation, Wan Junaidi said that would require further deliberation due to its complex nature, and therefore would only be included in a "phase two" enhancement of the law.

Wan Junaidi also said the creation of the anti-party hopping law would be by way of Constitutional amendments, without the need for a fresh, separate Act.

If all went well, Wan Junaidi said the proposed law could be passed and enforced as early as September or early January.

The law is a key element in the memorandum of understanding (MOU) between the government and Pakatan Harapan Opposition bloc signed last September.

The MOU aimed to establish political stability amid the Covid-19 epidemic. 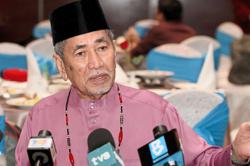