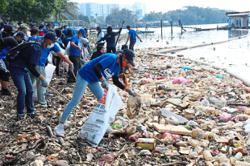 Dr Wee also said he is confident that Onn Hafiz has a clear vision in ensuring development in the state.

"We will continue supporting the Johor state government led by Onn Hafiz.

"I'm confident that the young and energetic Mentri Besar has a clear mission and vision in propelling Johor into glory," said Dr Wee in a Facebook posting on Tuesday (May 24).

The Transport Minister was given a courtesy visit to Onn Hafiz's office at Nusajaya, Johor at 2.30pm on Tuesday (May 24).

In the meeting that lasted about an hour, Dr Wee said there were discussions on several infrastructure development projects, which includes upgrading roads at Pekan Labis following the implementation of the double-rail track project between Gemas and JB.

Dr Wee also said there were discussions about the Rail Transit System (RTS), a rice distribution program and preparations to take on the 15th general election.

"Besides that, development at 123 Chinese new villages were also discussed," said Dr Wee. 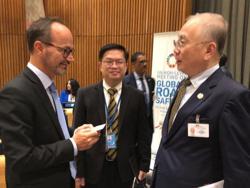