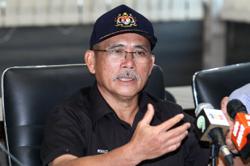 PUTRAJAYA: The Agriculture and Food Industries Ministry will send more officers to the states in order to expedite subsidy payments to poultry breeders in an effort to augment domestic production.

In a statement, the Ministry said so far, only RM50 million in subsidies have been paid out, although a total subsidy of RM729.43 million had been allocated under the Keluarga Malaysia Price Control Scheme since Feb 5, in line with the ceiling price of standard chicken at RM8.90 per kilogramme.