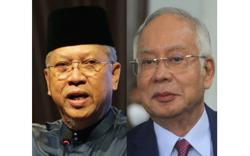 PUTRAJAYA: Opposition leader Datuk Seri Anwar Ibrahim and four elected representatives get the nod from the Federal Court to proceed with their appeal to challenge Tan Sri Muhyiddin Yassin's action in advising the Yang di-Pertuan Agong to suspend Parliament during the Emergency period.

Anwar and four elected representatives lost their appeals on Nov 24 last year, which were dismissed by the Court of Appeal.

A litigant must first obtain leave in order to proceed with the appeal to the Federal Court.

Justice Nallini, in her majority decision, said she and Justice Ong were of the view that leave should be granted under Section 96 (a) and (b) of the Courts of Judicature Act 1964 as these are matters of public importance and novelty.

Justice Zabariah, in the minority decision, said the provision of Article 150 (6) of the Federal Constitution, stated that no legislation enacted pursuant to a Proclamation of Emergency shall be invalid on the grounds of inconsistency with any provision of this Constitution.

"Parliament has during an emergency power to legislate on any subject and to any event, even in inconsistency with articles of the Constitution, including the provisions for fundamental liberties are involved.

"It is clear and no ambiguity that states that no court shall have jurisdiction to entertain or determine any application question or proceeding in whatever form on any grounds that in the validity," she said and therefore dismissed the application by the applicants.

The then High Court Judge Mariana Yahya (now Court of Appeal judge) dismissed Anwar's application on grounds that the court had no jurisdiction to hear the judicial review based on Articles 150 (6) and 150 (8) of the Federal Constitution.

Justice Mariana ruled that the advice of the Cabinet and Muhyiddin to Al-Sultan Abdullah to promulgate the Emergency Ordinance was not amenable to judicial review.

Anwar, who is Port Dickson MP, filed the application seeking leave to initiate a judicial review on Jan 25 last year, naming Muhyiddin and the government as respondents in his application.

Anwar is seeking, among others, a court declaration that the decision by the Cabinet, led by Muhyiddin, to advise Al-Sultan Abdullah to promulgate Section 14 of the Emergency (Essential Powers) Ordinance 2021, which had resulted in the suspension of Parliament, is unconstitutional, unlawful, has no effect and is ultra vires.

On March 11 last year, the Kuala Lumpur High Court dismissed the applications for leave for judicial review brought by Salahuddin, Johari and Abdul Aziz on a similar issue while Hassan's leave bid was dismissed by the Johor Baru High Court on April 26, last year.

They had also named Muhyiddin and the government as respondents in their applications. - Bernama 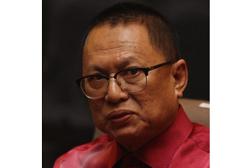