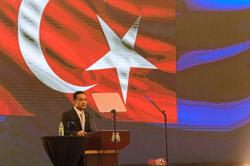 JOHOR BARU: Johor athletes who won medals at the 31st SEA Games in Hanoi, Vietnam, will be rewarded for their achievements.

“As of now, our athletes have won three gold, six silver and 14 bronze medals for Malaysia and we are extremely proud of their achievements.

“The state government will reward the athletes, with those winning gold getting RM4,000, RM2,000 for silver and RM1,500 for bronze,” he said during the Johor Baru Umno Hari Raya Aidilfitri open house held here yesterday.

Mohd Hairi, who is also Larkin assemblyman, said he had just returned from supporting the athletes in Hanoi, where he was given an insight into organising the Malaysian Games (Sukma) that Johor would be hosting in 2024.

Mohd Hairi said he picked up a few things while in Vietnam, especially in terms of security, and would be making some improvements for Sukma in Johor.

Asked if Johor would want to be a venue for the SEA Games that Malaysia would be hosting in 2027, he did not discount the possibility.

“However, we will look into it and see if the state government is prepared or not, and it would be up to Putrajaya to decide whether the SEA Games can be held here.

“Maybe some of the SEA Games events can be held in Johor as we would be done hosting Sukma by then and we would have many available facilities,” he said.

Mohd Hairi said if Johor really wants to be the host for SEA Games, the state would need huge funds, adding that he would discuss the matter further with Mentri Besar Datuk Onn Hafiz Ghazi. 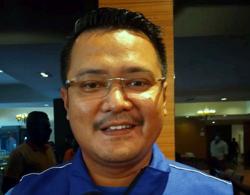