PETALING JAYA: The International Symposium on Bahasa Melayu is the best platform to identify whatever obstacles in dignifying the Malay language thus making it one of the official languages of Asean, says the Prime Minister.

Datuk Seri Ismail Sabri Yaakob also took the opportunity to clarify that it is not "Bahasa Malaysia" that Malaysia wishes to promote as the language of Asean, but "Bahasa Melayu" (Malay language), which was also used in other countries in Asean.

ALSO READ : Gift of the gab

“Some did not understand, they thought that we want to elevate Bahasa Malaysia as the Asean language, some of our friends from neighbouring countries criticised us but maybe because they have misunderstood.

“We wish to elevate Bahasa Melayu, which has other variations,” he explained in a press conference after officiating the International Symposium on Bahasa Melayu.

ALSO READ : BM beyond our shores

The three-day symposium, which was organised by Dewan Bahasa dan Pustaka (DBP) upon the Prime Minister's suggestion, would discuss the use of Malay as one of the official languages in Asean.

Ismail Sabri on March 23 said he would propose to Asean leaders the use of Malay as the second language in Asean in an effort to elevate the country's official language at the international level.

It was reported that currently, only four out of the 10 Asean countries use English in official events at the international level, while others such as Cambodia, Indonesia, and Thailand use their national languages in their official affairs.

The Prime Minister had used Malay during his official visits to Indonesia, Brunei, Cambodia and Vietnam, as well as his recent visit to the United States.

ALSO READ : Multilingualism a must

Indonesian's Education, Culture, Research and Technology Minister Nadiem Makarim, however, was reported to have rejected the idea saying that Bahasa Indonesia was a better option to be used as the main language for Asean, as it was the most used language in South-East Asia, with its usage spread across more than 47 countries.

Does Asean need a second language? 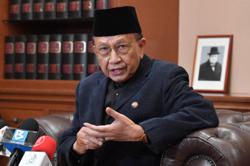 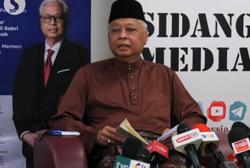