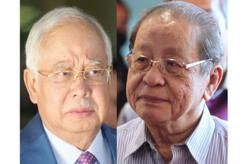 This came after Najib challenged DAP veteran Lim Kit Siang who had announced his retirement earlier this year.

"I don't think there is a need for Kit Siang to accept this (challenge), he's retired.

"If Najib is really sincere in wanting to debate, come on, I accept.

Sim said he once challenged Najib for a "pantun battle" but the former prime minister did not respond.

"It seems that Datuk Seri Anwar Ibrahim managed to convince Najib of the culture of debating.

"I remember back when he was prime minister, Najib said debate was not our culture.

"Now after debating with Anwar, he wants to invite Kit Siang to debate as well," he said.

Claiming that Lim was frequently making critical statements against him, Najib questioned if Lim had truly retired from politics. 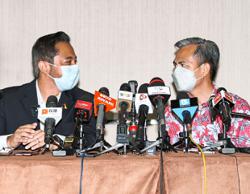