IPOH: The woman who alleged that two students died after being administered Covid-19 vaccines last year has been ordered to undergo psychiatric observation.

Perak police said the woman, Liyana Razali, was charged at the Putrajaya Magistrate's Court on Friday (May 20) and had been ordered to undergo one month's observation at Hospital Bahagia Ulu Kinta.

This was after she had refused to cooperate with the court.

The police had on Sept 29 last year dismissed Liyana's allegation.

In a video, she had claimed that two students from a school in Ipoh died after being vaccinated.

Liyana was also supposed to be charged in court earlier this year but did not turn up and an arrest warrant was issued against her. 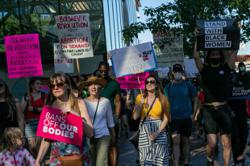