KOTA KINABALU: The solidarity cooperation committee proposed by Gabungan Rakyat Sabah (GRS) has received a positive response from Sabah Barisan Nasional as it will benefit the state and its people.

"So far on Barisan's side we have not (officially) received anything on this, but in principle we welcome it.

"This is because we are thinking about the welfare of Sabah folk and the state's progress, which is lagging behind in terms of development and the economy.

"I think it is time for us to strengthen the (state) government so we can ensure the lives of Sabah people improve," said Sabah Barisan chief Datuk Seri Bung Moktar Radin at its Hari Raya do which was attended by Prime Minister Datuk Seri Ismail Sabri Yaakob on Thursday (May 19).

After a GRS supreme council meeting on May 9, Chief Minister Datuk Seri Hajiji Noor said they were forming a cooperation committee to ensure GRS and Barisan unites to face the next general elections and to avoid any seat clashes.

When asked if the presence of former Sabah chief minister Datuk Seri Musa Aman at the gathering signalled that he could make a political comeback, Bung Moktar brushed the idea aside.

"Well he (Musa) is one of our leaders, so we invited him. It does not mean that everybody who comes wants to contest," he quipped. 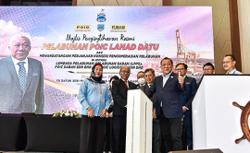 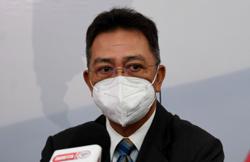