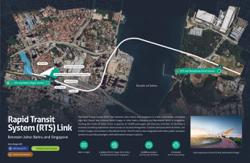 JOHOR BARU: The Rail Transit System (RTS) Link between Bukit Chagar here and Woodlands North in Singapore is expected to absorb some 35% of traffic congestion on the Causeway.

Mass Rapid Transit Corp Sdn Bhd (MRT Corp) chief executive officer Datuk Mohd Zarif Hashim said the RTS project was on track to be completed by the end of December, 2026, and would be fully operational by Jan 1, 2027.

“We had resolved land acquisition matters at the Wadihana area for the RTS project in December last year. Progress currently stands at 15% and we are on track to meet the completion time frame.

“Once the RTS is fully operational, we are expecting to absorb 35% out of the daily 350,000 travellers recorded during the pre-pandemic days commuting between Malaysia and Singapore using the Causeway,” he added.

Zarif said this to the media before hosting a group of business students from the Wharton School of the University of Pennsylvania and Singapore Management University at Menara JLand here on Wednesday (May 18).

He added that the RTS was able to ferry 10,000 passengers each hour through and from its stations located at Bukit Chagar here and Woodlands North in the island republic.

“We are working closely with various agencies such as the Immigration Department, Customs Department and the Health Ministry to ease travel flow using the RTS.

“Travellers can expect a travel time of 15 minutes between Malaysia and Singapore using the RTS,” he said, adding that they have yet to decide on the fare but assured that it would be competitive as the system was a public transport network.

Zarif, however, added that the RTS would be a game changer for the country’s economic sector as it can help spur more growth within the Johor Baru city area.

He said the RTS should not be looked at the construction progress but also on the economic spillover that it can attract especially from foreign investments into Johor.

Zarif added that among the economic sectors that would stand to benefit from having the RTS were health care, higher education and hospitality.

“To attract more investors and make connectivity much easier within the city area, MRT Corp is currently conducting a study on traffic dispersal systems connecting RTS Link with the Eastern Dispersal expressway.

“Once we have completed the study within the next couple of months, we will hand over our report to both the Johor and Federal governments and the Johor Baru City Council (MBJB),” he said. 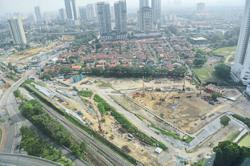 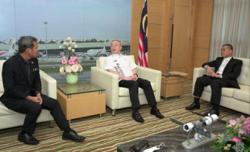